The Music Together® program was developed by Kenneth K. Guilmartin and his curriculum coauthor Lili M. Levinowitz, Ph.D. In 1985, Ken founded the Center for Music and Young Children (CMYC) to research and develop early childhood music programs for Birch Tree Group, Ltd., publishers of the Suzuki Method®. A working theater composer and music educator certified in Dalcroze Eurhythmics, Ken became drawn to the fields of early childhood education and music therapy in his work for Birch Tree.

Meeting Howard Gardner, Joseph Chilton Pierce, and contemporary early childhood educators like Lilian Katz provided Ken with ideas about how children actually learn and how learning is supported by the child's environment. His insight was to apply many of the principles of early childhood education to music education for the very young. In particular, he realized how vital it is for primary caretakers to act as music-making models for children. Children learn to sing and move rhythmically in the same way they learn to talk and to walk-by observing and imitating their loved ones. 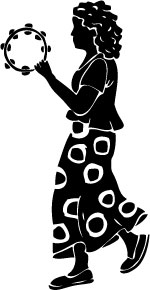 However, participatory forms of music-making were fast disappearing from our culture. Often, the music experiences of the children Ken knew and taught had been limited to passive listening to recordings. Without the chance to actively make music, their music development was delayed, and many were unprepared to learn what the Dalcroze approach and others like Orff, Kodaly, and even Suzuki had to offer.

Ken evolved a vision of an early childhood music program that would provide a musically rich, developmentally appropriate learning environment by restoring the informal family music-making that was once part of our culture. A weekly family class plus engaging audio and print materials for home use would support the child's spontaneous music play in daily life. Since young children learn primarily through play, their innate music aptitude could blossom and thrive naturally and joyfully.

At an Edwin Gordon seminar on children's music learning, Ken met Lili Levinowitz, one of Gordon's doctoral students, who was directing the Children's Music Development Program at Temple University. Lili was a like-minded advocate for non-formal music experiences for the very young, as well as being an experienced researcher. Ken hired her as a consultant for CMYC, and the two began to develop the curriculum that would become known as Music Together.

The first Music Together classes were offered to the public in 1987. Since then, Ken and Lili have researched and developed the nine song collections as well as special applications of the Music Together program such as preschool, infant, and "big kids" classes. Both coauthors continue to teach Music Together classes, and they remain actively involved in training others to do this important and delightful work.

Music Together teachers now serve over 2,000 communities in the United States, Canada, Japan, Italy, Germany, Honduras, and over 20 other countries around the world. Hundreds of thousands of families have celebrated the joy of making music together. Over the years the company has outgrown both its original studio and its first dedicated headquarters in Princeton, New Jersey (which is now maintained as the Music Together Princeton Lab School). In 2006, it opened its new national headquarters in an environmentally friendly building just outside Princeton.

Music Together is dedicated to offering the benefit and joy of music-making to as many families as possible. It is committed to outreach through its own national projects and by supporting the local initiatives of its independently licensed centers. Through these efforts, Music Together is offered to children with special needs, the deaf and near-deaf, teen mothers, migrant workers and their families, intergenerational classes, and Head Start centers across the country. The company is also developing a special licensing process for music therapists, who find the curriculum compatible with many of their own therapeutic goals.